The Truth About the Flathead Lake Monster 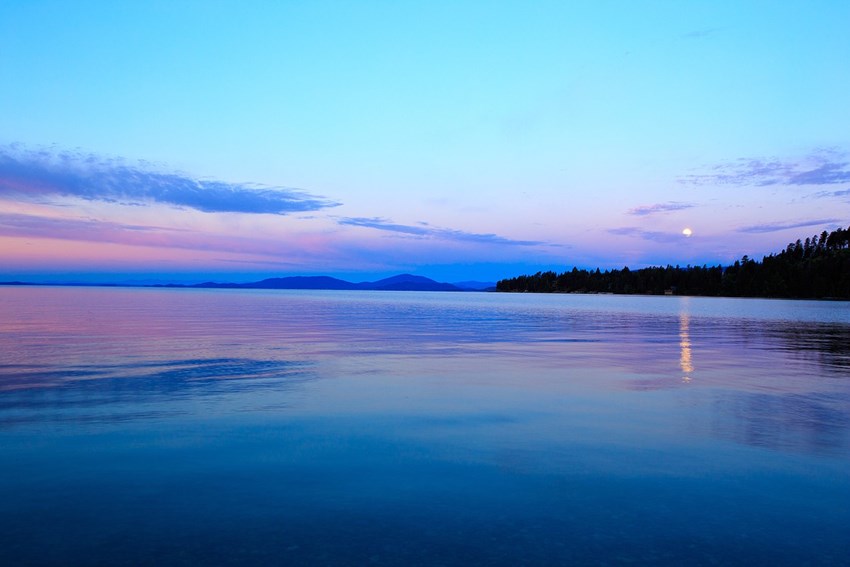 The Terrifying Truth of the Flathead Lake Monster

Dearest Readers: I had originally planned another campfire gathering for this Deep Dive installment, but under our current fire conditions I’m thinking it might be wiser for us to head down to our new erosion control beach for a little shoreline storytelling instead.

It really doesn’t get any better than this, does it? Sitting here together in the theaters of our minds, gazing out at Flathead Lake as the waves lap serenely at our feet and the amber sun paints pine tree silhouettes against the smoke smothered sky. These are the moments in which anything seems possible. When the nostalgia and local folklore open a window of wonder, and it’s all too easy to imagine a monstrous dinosaur-like creature lurking out there beneath the lake’s glassy surface, watching and waiting in the dark depths below...No? Is that just me?

Okay, so maybe a Flathead Lake Monster isn’t the first thing everyone imagines, and—as any State, Tribal, or FLBS researcher will tell you—there is precisely zero scientific evidence indicating the presence of any aquatic predator capable of terrorizing the Lake Trout in the Flathead food web. Believe me, I’ve asked. Fortunately for us, researchers have also not detected any signs in our watershed of a far more terrifying and horrifically real lake monster, the invasive mussel. This is really saying something, because we have plenty of summer ahead of us, and Montana’s boat inspection stations have already intercepted a record number of mussel-infested boats.

Back in 2020, Tribal and State inspectors intercepted 35 mussel-infested boats out of nearly 180,000 boat inspections. In 2021, as of the writing of this column, 37 mussel-infested boats have already been intercepted out of only 52,000 watercraft inspections. This dramatic rise in the ratio is due in large part to the recent increase in out-of-state visitors, many of whom hail from mussel-infested states, but it’s also a sign that the boat check stations are working. They can’t do all of the work for us, though, which is why we all need to do our part to make sure everyone understands the importance of getting boats cleaned, drained, and dried before they enter Montana and our watershed.

What would it mean if they got in? The end of our watershed as we know it. It’s been addressed before in this column, but it bears repeating: A single female invasive mussel can produce more than a million eggs in her five-year lifespan, and once those mussels get in, it’s all but impossible to get them out. These hideous creatures devour most of the food in a water body. They cover docks and smother shorelines, transforming wonderful recreational areas into wastelands of razor-sharp shells that reek of decay, harbor harmful bacteria, and slice open skin with a broken glass ease.

Additionally, a study by FLBS environmental economist Nanette Nelson revealed that invasive mussels could cost Montana's economy more than $230 million annually to recreation, infrastructure, and irrigation alone. The study also predicted a dramatic decline in property values to the tune of a half billion dollars.

But again, so far so good: To this point, no evidence of invasive mussels has been found anywhere in the Flathead Watershed. It’s certainly something to celebrate, because with everyone on watch for these insidious beasts, there’s the added silver lining that we might finally uncover the elusive 1000-pound plesiosaurus that is surely residing somewhere in Flathead Lake, silently stalking (perhaps at this very moment) an unsuspecting swimmer or slow-cruising boat.

The possibility is there, Eagle Readers, because listen to this: Following several weeks of intensive questioning (and one restraining order I’m technically not allowed mention) I was able to get FLBS Associate Director Tom Bansak to admit that the current Flathead food web could potentially sustain up to, “three or four predators of that size—now you really have to stop calling me with these questions, Ian, it’s three-thirty in the morning.”

And you know something? That begrudging admission is good enough for me. The “What If” question is one that I cherish, and the only thing more terrifying than a prehistoric predator is a watershed where imagination has no place to grow. Take Lake Michigan, for example, which has suffered from mussel infestation for decades. Today, it’s estimated that 75% of all aquatic organism biomass in Lake Michigan now belongs to those monstrous invasive mussels, which means that 75% of the fish that once inhabited those waters are no more.