The Future of Glacier Loss and Salmon 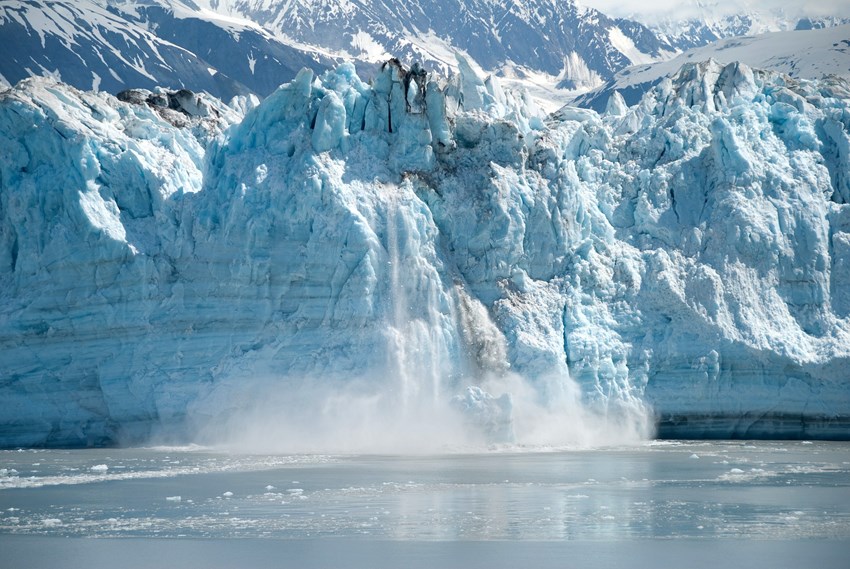 Forecasting the future is no easy task, especially when it comes to the impacts of climate change on our natural resources and ecosystems. However, in a new study recently published on the cover of the scientific journal BioScience, University of Montana’s Flathead Lake Biological Station (FLBS) researcher Diane Whited helped a team of researchers predict the ways North American glacier loss may impact the long-term survival of North American Pacific salmon.

Funded by the Gordon and Betty Moore Foundation via the Salmon Science Network Initiative and led by researchers from Simon Fraser University in British Columbia, Canada, the study took a conceptual look at the effects glacier retreat will have on western North American Pacific salmon over the coming decades.

“We focused specifically on glaciers in British Columbia and Alaska,” said Whited, an expert in geographic information system (GIS) and remote sensing technologies. “From there, we conceptually walked through what would happen if those glaciers continue to retreat.”

Reviewing the historical interaction of glaciation and Pacific salmon in North America over geological time scales, researchers determined that future glacier loss will create two scenarios. In southern watersheds, the loss of cold glacier meltwater during the summer months could lead to low water flows and warmer water temperatures, which would create major challenges for the survival of young and adult salmon. In the northern watersheds, however, glacier retreat may create new salmon habitat that could be similar to the southern watersheds prior to the glacier loss.

According to Whited, the odds of Pacific salmon survival or recolonization will change depending on where you look.

“Take the river basins in southern British Columbia,” Whited said. “As the glaciers recede, the water will probably heat up and be too warm to support significant salmon populations. But if you move north towards northern B.C. and Alaska, there may be ideal habitats for salmon to recolonize.”

Meanwhile, the researchers believe that understanding how glacier retreat will affect Pacific salmon will help inform the management and conservation of these economically and culturally significant species. Not only will preserving the genetic diversity and evolutionary potential of salmon be crucial in ensuring the adaptive capacity of the salmon, but it will also be essential for supporting sustainable fisheries.

They also caution that glacier retreat is adding one more pressure on salmon systems that are already stressed by climate change, habitat destruction and hatchery practices that erode salmon biodiversity.