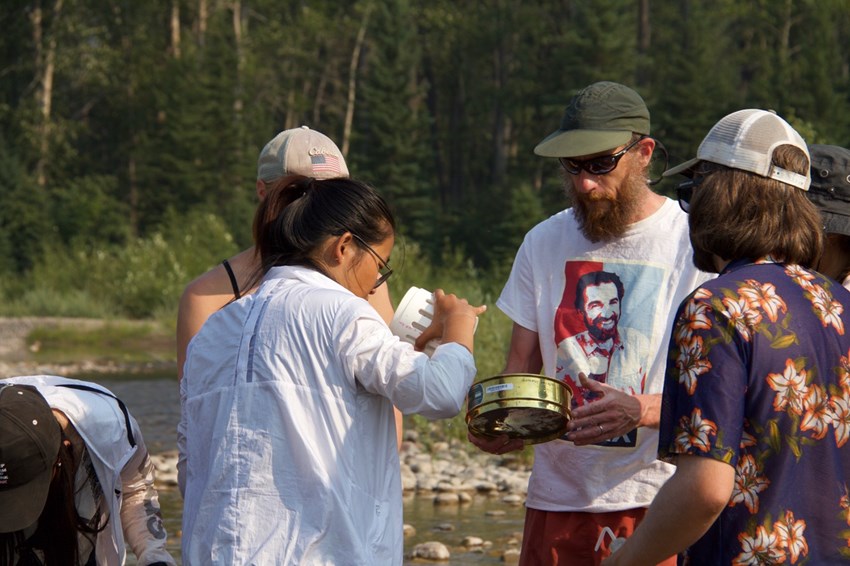 Dramatic increases in both the scale and availability of data are having a profound impact on the biological sciences. From DNA sequencers to environmental sensors, data acquisition and availability are outpacing the capacity for analysis.

“This proposal will create models for the biological sciences based on large datasets in the areas of genomics, community ecology, and time series of ecosystem fluxes,” said Hall. “Current models are often either predictive or explanatory. One major question we’ll be working to address is how can we build models that simultaneously find a balance between these two goals.”

Historically, models in ecology were not used to predict future outcomes. With the huge influx of data in recent years, however, researchers can now begin to develop predictive models that can be tested on new data as they continue to pour in.

Through the duration of the four-year project, the research consortium will develop computational methods for highly dimensional data to create predictive and explanatory models for the biological sciences. The researchers will test and refine these methods, and develop critical tools for harnessing the ever-growing influx of data.

“A model that can predict as well as explain is useful because it allows us to begin asking bigger questions,” said Hall. “For example, these models could help us understand the potential future impacts of, say, climate change on a glacial ecosystem or the removal of a dam on the natural conditions of a river.”

Each year, the grant will fund the salaries of 12 postdoctoral researchers who will participate in the project and be trained in cutting-edge modeling techniques that will better prepare them for the workforce in the era of Big Data.

A portion of the grant will allow FLBS to hire two postdoctoral researchers over the first two years of the project. These postdoctoral researchers will work on the time series component of the research, which will be largely based on the long time series of river productivity data that has been developed for hundreds of rivers in the United States.

“There are many exciting elements to this project,” said Hall. “A particularly exciting piece is that our postdocs will be able to collaborate across disciplines. A discovery made by the genomics team might inspire an approach that our team can use, and vice versa.”

Additionally, Hall looks forward to the prospective models this project aims to produce.

“One approach we can take is to estimate how far back events in the past affect the current rates of a river’s primary production,” he said. “For example, let’s say a flood wipes out all the algae. We can use our newly developed model to predict how severe the impacts might be, and how long such a disturbance might persist.”