Hunting for Monsters in Montana's Waters 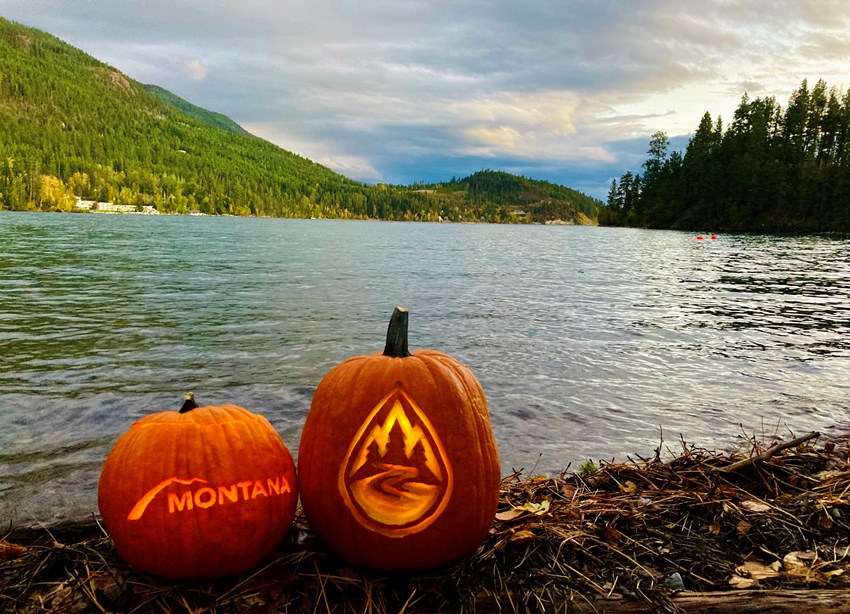 Deep Dive into FLBS: The Monster Hunters of Flathead Lake (and Beyond)

We’re deep into October Country here in the Flathead Watershed. Ghoulishly-carved pumpkins are emerging. Crisp, autumn winds and churning colorful chaos of newly-fallen leaves abound. Halloween is around the corner, dear friends, and the nights are growing long. So let’s huddle closer around the campfire, because today I want to talk about monsters…

What monsters, you ask? Will we be venturing among vampires? Wandering with werewolves? No…the monsters we’re dealing with are far less cliché but all the more real: This story is about Aquatic Invasive Species (AIS), and the people working tirelessly to track them down and keep them barricaded behind the metaphorical door.

All right, fine. Maybe Aquatic Invasive Species—or invasive mussels, specifically—aren’t the monsters we typically imagine this time of year, but they’re a pretty spectacular foe. And ironically, they do hail from parts near Transylvania. For those who are unaware, invasive zebra and quagga mussels are insidious little creatures that attach themselves to boats and slink from one freshwater ecosystem to the next while no one is looking, where they immediately begin replicating by the millions, blanketing shorelines, consuming phytoplankton in large numbers and concentrating toxins in their tissue.

They’re hungry devourers of ecosystems, disruptors of food webs, and if they fully infest our waters they could cost Montana over $230 million per year. This is what FLBS AIS Specialist Phil Matson and a team of monster hunters, in partnership with Montana Fish Wildlife & Parks and the Confederated Salish and Kootenai Tribes, are up against as they protect our waters.

This year, thanks to a generous grant from the Montana Department of Natural Resources and Conservation, Matson and his team collected over 770 samples from Flathead Lake alone. Additionally, they completed two rounds of sampling on Tiber Reservoir, where they also utilized an underwater rover to video varying locations where the dastardly mussels might be hiding.

The importance of this expansive sampling can’t be overstated. The Flathead Watershed is the headwaters of the Columbia River, at this point the only major river system in the continental US without an invasive mussel presence. Meanwhile, Tiber Reservoir, in the headwaters of the Missouri River, was listed as “positive” for invasive mussels in 2016. Since then, Tiber has gone four years without another positive sample, and is now only one year away from being declared clear of invasive mussels. Additionally, with the pandemic triggering an explosion in out-of-state visitors this summer, more mussel-infested boats were stopped at Montana’s boat inspection stations before July than in all of 2019.

But what did those samples tell us, you ask? Will it be safe to go back in the water, or have the monsters somehow found their way here?

To date, all Flathead Lake and Tiber samples have been shipped to the state lab in Helena for microscopy analysis and to UM’s Montana Conservation Genomics Laboratory for DNA analysis. Tiber samples were also sent to a Bureau of Reclamation DNA lab for analysis. As of the publication of this column, none of the samples collected this summer have been positive for invasive mussel larvae, nor for invasive mussel DNA.

These days the future seems more uncertain than ever. But for now, at least, we can all sleep a little more soundly knowing there are people standing watch in the darkness keeping our waters safe. As for that rustling sound behind you, or those shifting shadows under your bed, well…they made covers for a reason, didn’t they? I suggest for the time being we all sleep with our limbs tucked securely inside.