Giving a Hoot for Collaboration 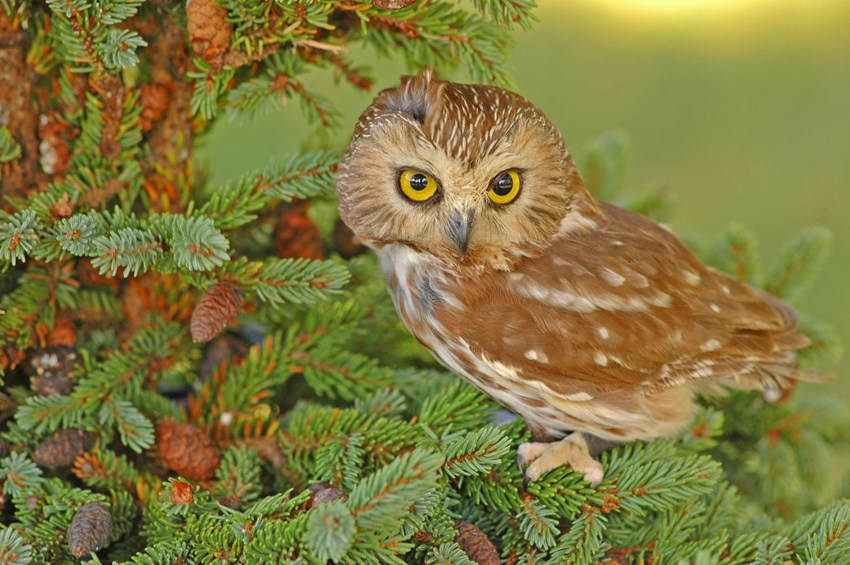 Deep Dive into FLBS: Giving a Hoot for Collaboration

Fall is always such a magical time in the Flathead Watershed. As the hazy heat of late summer recedes and becomes memory, the air turns crisp and the moon grows bright as October begins its slow but steady harvest of the daylight hours. Trees ignite with golden hues and crimson vibrance, their leaves ablaze as they shudder and stir in the gusting winds, departing their branches like broken little butterflies as they drift down to the pumpkin-clad porches, schools, and storefronts below.

This is the time for slow cooking and spooky costumes and warm, fuzzy flannels. Halloween candy is stashed in secret corners of the cupboards. Everything is coated in that amber pumpkin spice sheen. And as those shadows grow longer, and the night widens its reach, gathering together for trick-or-treating and backyard autumn barbecues remind us just how important community and collaboration can be when spooky midnight mysteries are at play.

Assembling for important activities and traditions can be a wonderful thing as we settle in for the long winter’s nap, and for our local wildlife, similar autumn rituals are taking place. Local bear populations have fully entered the hyperphagia phase (vigorously in our yards this year due to a low berry crop in the mountains), a time when foraging and eating really ramp up to give them the fat stores they need to make it through hibernation. Migratory birds have taken to the skies in their familiar formations, heading south with the rest of the snow birds to wait out the icy weather in warmer venues (with umbrella-adorned boat drinks, one can probably assume).

If you happened to visit the Bio Station, however, you may have noticed (or heard) a new autumn activity taking place. Of course, you would’ve had to stop by well after sunset to experience it, and you would’ve had to brave the darkened FLBS woods to get there. Stepping through the fallen leaves of the forest floor, the sky a mystery of charcoals and blacks with the sun long beneath the far side of Flathead Lake, you suddenly hear it. Echoing through the trees, rising out of the darkness, the soft, serene hooting of the Northern Saw-whet Owl.

No, you haven’t accidentally stumbled upon western Montana’s version of Hogwarts. These aren’t owls on their way to some Owlery, with the letters of wizards and witches in tow. At least, I don’t think so. And the calls you hear are not actually live owls, but instead recordings of Saw-whet Owls being played on a loudspeaker to attract owls from miles around.

Led by renowned owl researcher and University of Montana alum Denver Holt, the Owl Research Institute (ORI) is non-profit research organization based in Charlo, Montana dedicated to owl and wildlife research, conservation, and education. Much in the same way that FLBS watches over water quality in the Flathead Watershed through long-term monitoring, for the past 30 years ORI has maintained long-term research and monitoring of owls, their prey species, and their relationship to the habitat in which they live.

This research and data help maintain viable owl populations from Montana to Barrow, Alaska through strategic collaborations with land management agencies and conservation partners, and it is also used to educate the public about owls. Specifically, long-term research projects include (among many others) breeding ground monitoring of the Snowy Owl, surveying of the Great Gray Owl, understanding population fluctuations of the Long-eared Owl, and studying migration of the Northern Saw-whet Owl.

Although seemingly a deviation from our specialty of freshwater research, this prospective project would represent somewhat of a return to the skies for FLBS. The Bio Station has a history of raptor research, specifically on osprey, initiated decades ago by then-FLBS graduate students Don and Doug MacCarter, known to us as “the Osprey twins”.

But the benefits of this banding station aren’t limited to science. In early October, the Bio Station’s Open AIR Artists-in-Residence had the opportunity to shadow ORI researchers as they safely caught and banded Northern Saw-whet Owls in the midnight hours. This was part of a once in a lifetime experience for these visiting artists, who also joined FLBS researchers on invasive mussel monitoring trips, attended a research expedition to the Nyack floodplain, and got a front row seat to Flathead Lake’s microbial community through the lens of a microscope.

As our artists-in-residence know first-hand, there’s something about an owl that truly stirs the imagination, especially this time of year. Whether it’s because of their storied presence in folklore, or the soul-piercing attentiveness of their big, brilliant eyes, these silent nocturnal predators remain one of the few creatures in this world that make us believe in something more. For those of us at FLBS, that something is a future of collaboration and partnership with ORI and so many other organizations as we work to monitor and watch over the Flathead Watershed and its inhabitants for generations to come.