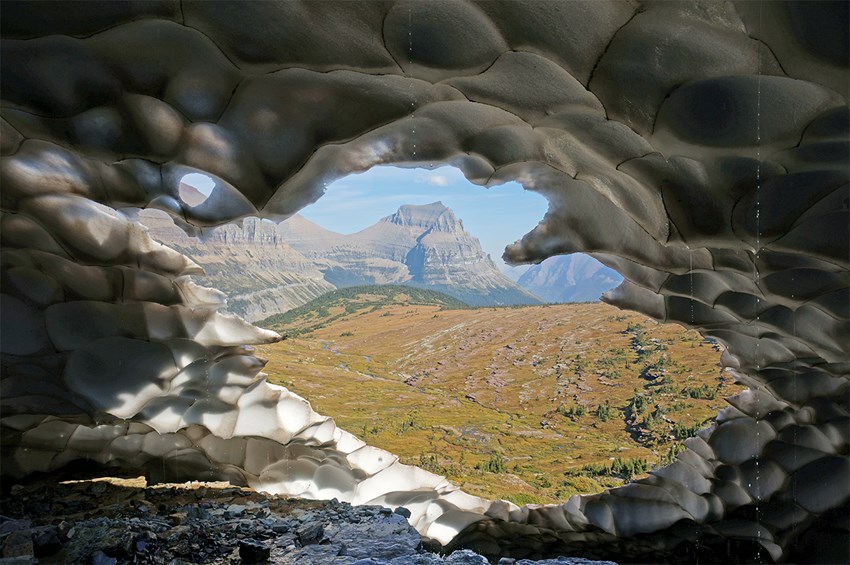 Glaciers are retreating in Glacier National Park and across the globe due to climate change. Researchers have long predicted that the shrinkage and disappearance of glaciers reduces biodiversity in mountain ecosystems through the loss of range-restricted species that live in habitats influenced by glacier meltwater.

However, a new study led by Clint Muhlfeld, a USGS Research Ecologist and Associate Research Professor at the University of Montana’s Flathead Lake Biological Station (FLBS), shows that a specialized community of cold-water invertebrates has unexpectedly persisted in high-elevation streams of Glacier National Park, even in areas deglaciated since Little Ice Age, nearly 170 years ago.

“This study is unique,” said Muhlfeld. “It’s the first to directly assess the impacts of glacier loss on the persistence of a large number of species across a mountainous region.”

The study, which was recently published in the prestigious journal Proceedings of the National Academy of Sciences (PNAS), used high-resolution glacier retreat data from 1850 through 2015 combined with extensive stream community data from 129 sites to test the prediction that glacier retreat reduces biodiversity in mountain ecosystems through the loss of uniquely adapted meltwater stream species in Glacier National Park. 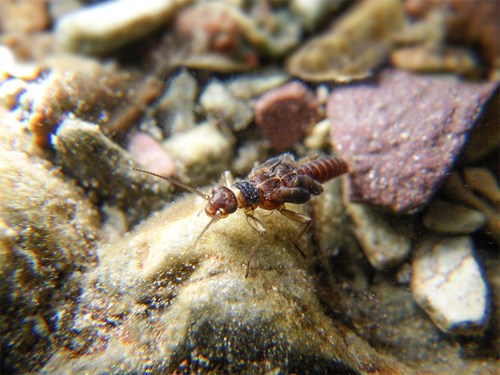 The meltwater stonefly (Lednia tumana), a member of the cold-water community that has persisted in Glacier National Park since the Little Ice Age. The species was recently listed as threatened under the Endangered Species Act due to climate change. Image credit: Joe Giersch, U.S. Geological Survey.

“Although shrinking glaciers pose a significant risk to cold-water species, our results show that these mountaintop species may be more resilient to glacier recession than previously thought,” said Timothy Cline, an ecologist at the USGS and co-author on the study.”

Researchers identified a specialized cold-water invertebrate community, which includes the Endangered Species Act-protected meltwater stonefly, living in the highest elevation streams fed by not only melting glaciers, but also snowfields and groundwater springs.

The study projects a 70-80% decline in suitable habitat by the end of the century, but not necessarily loss of this community with the complete disappearance of glaciers.

“Our results demonstrate that high altitude streams and snow-fed water sources will continue to serve as refuges for mountain biodiversity as glaciers soon disappear,” said Muhlfeld. “Our findings highlight the need to protect these important landscapes while addressing the root causes of climate warming at a global scale.”

The researchers note that climate change impacts on mountain biodiversity are complex and uncertain and emphasize the urgent need to assess the widespread impacts of climate-induced glacier loss in high-elevation mountain ecosystems.

Other co-authors on the study are Joseph Giersch, Caitlin Florentine, and Erich Pietzsch at the USGS Northern Rocky Mountain Science Center, Dean Jacobsen at the University of Copenhagen, and Scott Hotaling at the Washington State University.