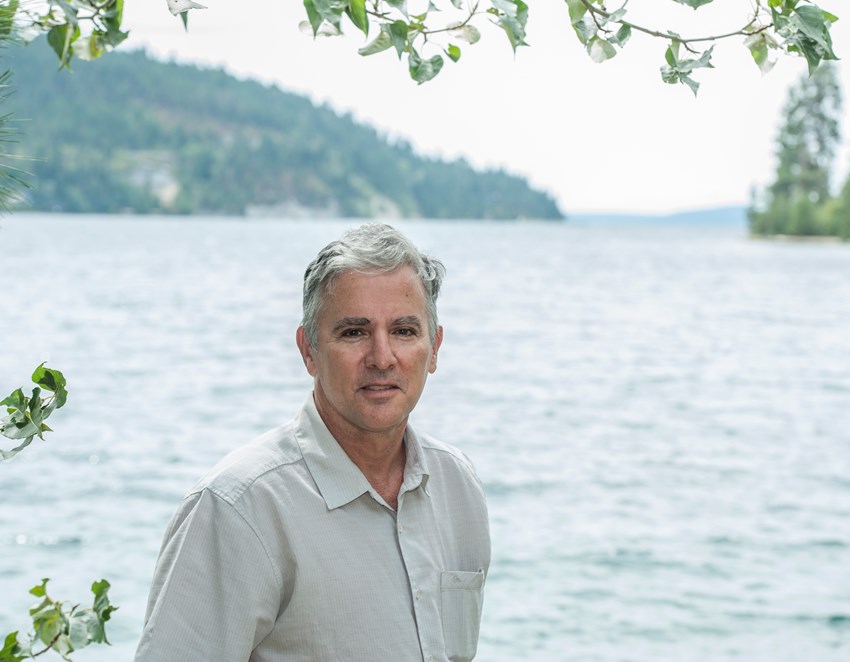 Flathead Lake Biological Station Director and Bierman Professor of Ecology Jim Elser has been elected to the National Academy of Sciences (NAS) in recognition of his distinguished and continuing achievements in scientific research.

“We are so pleased that the scientific community has recognized Professor Elser as one of our country’s most important scientists,” said UM President Seth Bodnar. “The UM family proudly celebrates this well-deserved recognition.”

“It is very exciting to join the ranks of the National Academy as it is the home of so many scientific heroes of the past and present,” Elser said, soon after learning of the recognition. “I hope that membership in the NAS can help in elevating the importance of protecting precious water resources like Flathead Lake from potential threats from nutrient pollution, invasive species, and climate change.”

Elser was elected to NAS by current members of the Academy, and will join them as they serve as advisers to the nation on matters relating to science, engineering, and medicine.

As a scientist, Elser is best known for his role in developing and testing the theory of ecological stoichiometry, which is the study of the balance of energy and chemical elements such as carbon, nitrogen, and phosphorus in ecological systems. As director of the Bio Station, Elser has expanded the Station’s freshwater monitoring program, increased community outreach, and launched a Flathead Lake Aquatic Research and Education (FLARE) K-12 program that now engages thousands of students each year.

“I have collaborated with so many amazing scientists during my career, including some amazing graduate students and postdocs,” Elser said. “This recognition is really a reflection of my good luck in having such wonderful students and collaborators.”

His current research is focused on Flathead Lake as well as mountain lakes of western Montana and western China.  He also works actively in advancing the cause of phosphorus sustainability in the food system to protect water quality

Though by far the most prestigious, this recognition is by no means the first of Elser’s remarkable career. He has also been named a Fellow of the American Association for the Advancement of Science (AAAS); is an elected foreign member of the Norwegian Academy of Arts and Sciences; and has received the G.E. Hutchinson Award of the Association for the Sciences of Limnology and Oceanography (ASLO), the world's largest scientific association dedicated to aquatic sciences. He also served as ASLO’s President from 2014 to 2016.

“This is a tremendous accomplishment, one of the very highest honors for an American scientist,” said UM Provost Jon Harbor. “We are so proud of Professor Elser and thrilled that University of Montana faculty are yet again recognized among the most highly distinguished researchers in the world.”

Elser is only the second active member of the National Academy of Sciences in the state of Montana.