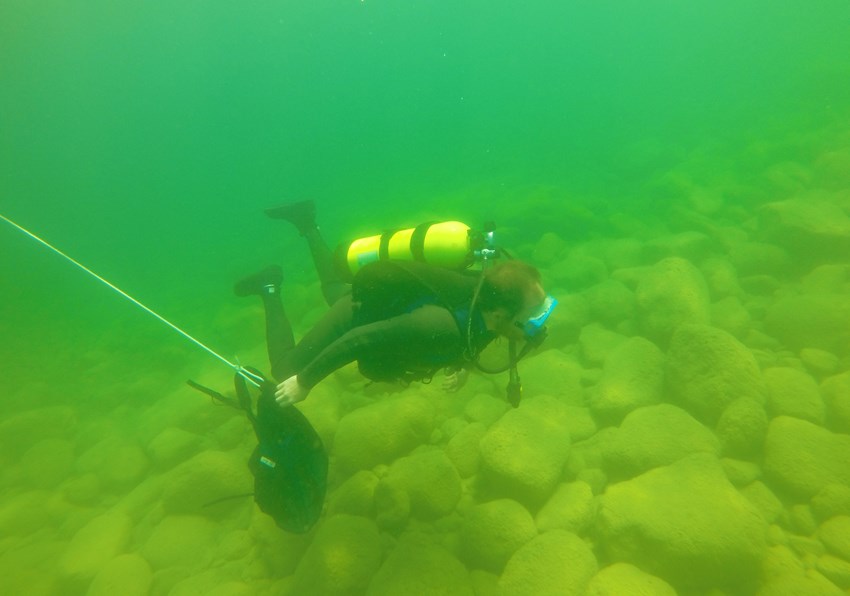 On a global scale, scientists have long monitored rising surface water temperatures in lakes. These surface layer temperature trends show rapid warming, and are generally consistent over the past several decades. But there exists a more subtle change happening beneath the surface of lakes, which could have significant consequences for lake ecosystems all over the world.

In a study recently published in Nature’s Scientific Reports, Flathead Lake Biological Station (FLBS) lake ecologist Shawn Devlin (pictured above) joined a global team of researchers to compile the most comprehensive data set to date of long-term summertime vertical temperature profiles in more than 100 lakes all over the world. Led by Rachel Pilla and Craig Williamson of the University of Miami-Ohio, researchers analyzed summer temperature trends, not only in the surface water layers of the lakes, but also in deep water layers and vertical thermal structures.

“One of the things that made this study so remarkable is the scope,” said Devlin, who oversees FLBS’s Flathead Monitoring Program, one of the oldest lake monitoring programs in the world. “We were able to track the long-term surface and deep water temperature trends of each individual lake, and insert that information into a much larger picture to uncover patterns that help us understand what’s happening in these lakes all over the world.”

After examining the data—which spanned nearly four decades, beginning in 1970 and ending in 2009—researchers found consistent, significant increases in surface water temperatures across lakes at an average of nearly 0.4 degrees Celsius per decade. Additionally, researchers were able use lake models to predict the temperature changes in surface layers on a fairly consistent basis.

This variability couldn’t be explained by trends in surface water temperatures or any other external drivers examined in the study. As a result, lake models were only able to predict deep water temperature trends in 8.4% of the lakes studied. 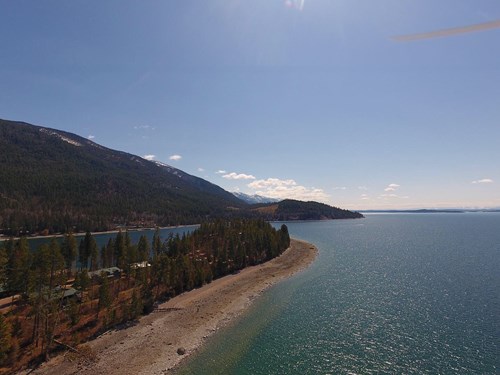 The FLBS Flathead Monitoring Program maintains one of the strongest long-term ecological and water quality records in the world.

“It’s a very interesting phenomenon,” said Devlin. “It’s something we see right here at Flathead Lake, which has a unique ability to mask the impacts of climate change. Even though the surface temperatures have increased quite a bit here in the past couple decades, the average temperature of Flathead Lake has remained essentially the same.”

While it may at first seem positive that Flathead Lake and others like it aren’t experiencing the dramatic temperature changes in their deep water layers as they are on the surface, the implications can potentially be quite dire.

Larger temperature differences between the deep water and surface water layers make for a stronger stratification. The stronger the stratification, the stronger and more robust the thermocline (the transition layer or barrier between waters of different temperatures), which can prevent the movement of materials and organisms between surface and deeper waters.  This can greatly impact the ecology of a lake by creating nutrient imbalances, modifying critical oxygen levels throughout the lake, and altering fish communities and production.

To fully understand what the future holds for our lake ecosystems, however, additional research will need to be done.

“Flathead Lake is now part of our global understanding of one of the biggest threats to our freshwater ecosystems, which is climate change,” Devlin said. “This is an important first step toward a better scientific understanding, and wouldn’t be possible without the decades of extensive monitoring and modelling efforts of the Flathead Monitoring Program and those who support our work.”

For Devlin, incorporating Flathead Lake’s extensive data into the global research on lakes and working with lake experts from all over the world makes for more powerful science and understanding of Flathead Lake and lake ecology in general.

“Flathead Lake is a great template of how lakes could work when not greatly influenced by human impacts. We were able to show that our lake is a treasure trove of scientific merit and study, which makes this an important moment scientifically for the Flathead Monitoring Project, the Bio Station, and the University of Montana.”

This study was made possible through the support of the Global Lake Ecological Observatory Network, in addition to numerous foundations and grants. For more information, or to read the complete study, “Deeper waters are changing less consistently than surface waters in a global analysis of 102 lakes,” visit Nature’s Scientific Reports website at https://www.nature.com/articles/s41598-020-76873-x#Ack1