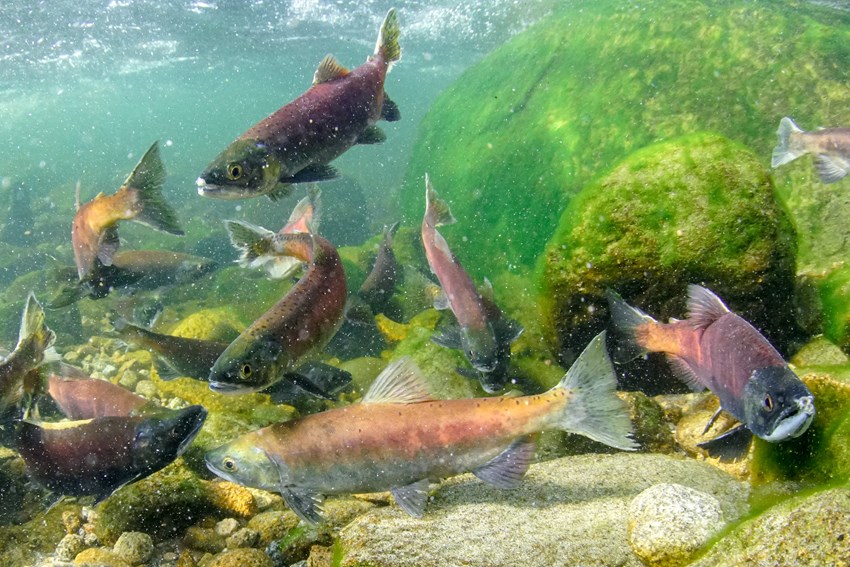 The Flathead Lake Food Web: A Cautionary Tale of Salmon and Shrimp

According to the earliest accounts in the late 1800s from settlers of European descent, Flathead Lake was originally home to around 10 native fish species, westlope cutthroat trout (Montana’s state fish) and bull trout (top predator of its time) the most notable among them. This relatively low level of diversity is not surprising. Flathead Lake has only been around in its recognizable form for 15-20,000 years, after all, and more time than that is needed for new fish species to evolve.

Today, Flathead Lake is home to 21 species of fish, and nonnatives (lake trout, lake whitefish, and yellow perch) have become the dominant species. Westlope cutthroat and bull trout populations, meanwhile, have plummeted and are under continued threat. What happened, you ask? Well gather around the campfire, friends, because the Flathead Lake food web story has enough drama and intrigue to rival anything HBO or Netflix might offer. Submitted for the approval of the FLBS Society, I call this one, “A Tale of Salmon and Shrimp.”

Then, in 1916, fisheries managers introduced kokanee salmon to Flathead Lake. Unlike their coastal cousins, which spend much of their lives in the ocean before traveling up freshwater streams and rivers to reproduce and die, kokanee are a landlocked sockeye salmon. In Flathead, they used the lake as their ocean and traveled up the Flathead River to reproduce.

Between 1940 and 1980, kokanee salmon flourished in the Flathead. Their abundant numbers attracted bears and fishermen alike, and soon bald eagles were migrating from afar to feed on the kokanee, creating internationally renowned wildlife watching opportunities and the largest eagle congregations in the United States outside of Alaska. And yet in spite of the unimaginable recreational and tourism achievements, the question re-emerged: How can we make it better?

And that’s precisely where everything fell apart.

Starting in the 1950s, fisheries managers across the West began stocking lakes with a freshwater shrimp from the Midwest called Mysis. In many lakes like Flathead, the native zooplankton that serve as the foundation of the food web are barely visible with the naked eye. Mysis, on the other hand, can be over half of an inch. Between 1968 and 1975, believing the larger food source would create bigger numbers of bigger kokanee, managers introduced Mysis to five lakes in the Flathead Watershed, including Whitefish and Swan Lakes. By 1981, the Mysis had moved downstream and were discovered in Flathead Lake by a burgeoning lake monitoring program at the Flathead Lake Biological Station. 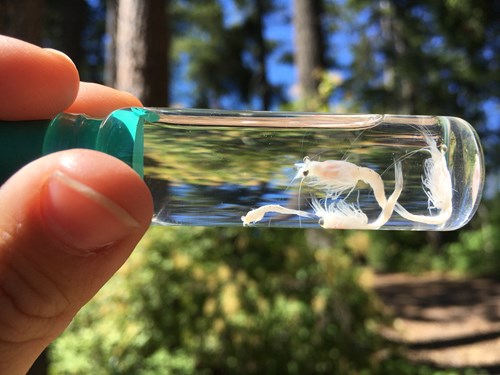 How did it go so wrong? There were actually three main mechanisms at work:

First, as the Mysis population exploded, they gobbled up large numbers of zooplankton, leaving little food for the kokanee and other fishes. Additionally, Mysis migrate vertically, spending the day on the bottom of the lake while the kokanee were feeding near the surface. At night, the shrimp would ascend and eat zooplankton, thereby stealing food from the salmon. In other words, the Mysis weren’t a food option for kokanee, and instead were a direct competitor.

Second, two of the fishes introduced in the early 1900s, lake trout and lake whitefish, evolved with Mysis and feed on the bottom of the lake. Prior to the introduction of Mysis, lake trout and lake whitefish populations in Flathead Lake were modest at best. After the introduction of one of their favorite foods, their numbers increased dramatically, impacting not only the kokanee population, but westlope cutthroat and bull trout populations as well.

Third, lake trout are voracious and indiscriminate predators. They can eat a fish more than 50% of their own body size and will even eat their own young. As lake trout increased in Flathead Lake, greater numbers of native trout and the kokanee were consumed. When young kokanee were stocked in the 1990s by Montana Fish, Wildlife and Parks (FWP) during an unsuccessful reestablishment effort, lake trout were discovered to have distended bellies and young kokanee tails protruding from their mouths.

The Mysis population has generally stabilized in recent years, and continues to be preyed upon heavily by lake trout and lake whitefish. Native bull trout are listed as threatened by the Endangered Species Act, while westlope cutthroat are a “species of special concern”. Today, scientists and stakeholders have a far better understanding of the role nonnative species can play in altering an ecosystem, and a soon-to-be published collaborative study between USGS, FWP, and FLBS promises to shed additional light on the matter. Still, the “Tale of Salmon and Shrimp” remains a cautionary one in the annals of freshwater folklore, and an ever present reminder that more and bigger isn’t always better when the Last, Best Place is on the line.