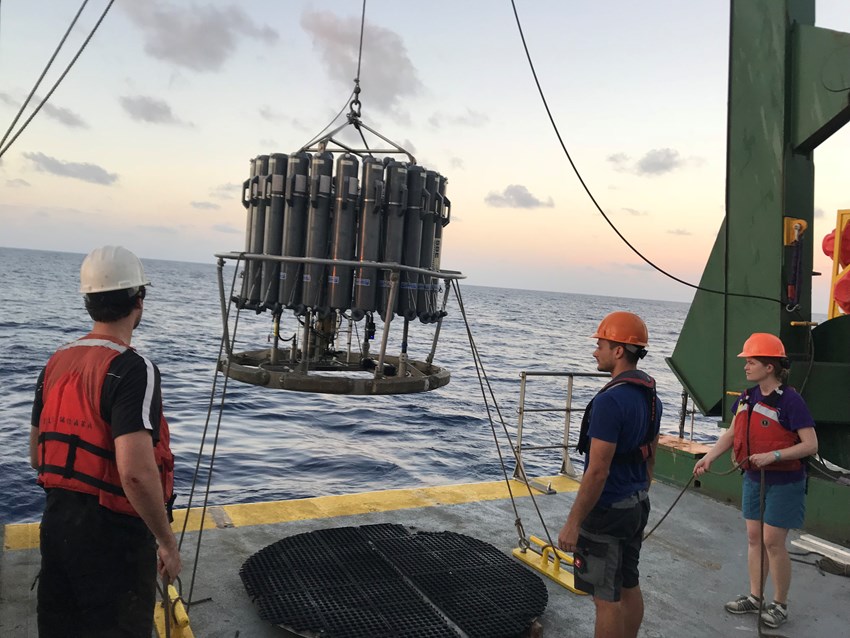 Emma Wear: Expanding the Body of Knowledge on Bacterial and Archaeal Communities in the Clarion-Clipperton Zone

In the central Pacific Ocean sits an underwater fracture area called the Clarion-Clipperton Zone (CCZ). At 5 kilometers deep and more than 7,000 kilometers wide, the CCZ is expansive — well over the width of the United States. Since being discovered in 1950, researchers have found that the CCZ is home to many species previously unknown to science.

The CCZ is interesting for another reason. It contains an abundance of manganese nodules — potato-sized mineral concretions that are attractive for future mining. Dr. Emma Wear is currently concluding a period of postdoctoral research on this subject at the Flathead Lake Biological Station with Professor Dr. Matt Church. The two of them went on a month-long research cruise to the CCZ in 2018 to conduct sampling of bacteria and archaea, which are single-celled organisms.

“We were part of a broader biodiversity survey,” Emma said. “We were trying to get a sense of, before anything starts happening on a really commercial scale, what does this part of the ocean even look like?”

The CCZ is extremely remote and sporadically sampled, so its complete biodiversity is still largely uncharted. If the area is to experience mining activity, which Emma says may happen within the next decade, it’s important to understand the present community and ecology of the region. That way, if the area changes due to mining, they have data to refer back to. One of the hopes for this research is that it will help establish a long term data set for the region. 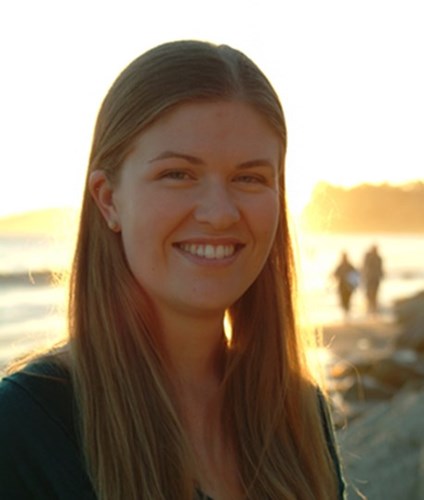 Emma documented bacterial and archaeal communities using DNA sequencing, which means looking at the order of nucleic acids in DNA. This process functions as a roadmap to help identify different organisms. To collect these samples at depths of up to five kilometers, Emma and her team had to use a giant winch and a remotely-controlled robot.

“For actually collecting sediments and nodules, we had our sampling robot,” Emma said. “Which makes it sound small and cute, but the thing is bigger than my car.”

According to Emma, a difficult but exciting challenge in this work is the fact that DNA sequencing technology is accelerating at an exponential rate. Studies from the early 2000s sampled less than 1000 bacteria at a time. Emma’s work included millions of DNA sequences, making it hard to actually compare the data across the years.

“Our ability to get DNA sequences from the environment has increased so rapidly in the last 15 years,” Emma said. “It's a fantastic problem to have.”

The first paper based on this work was published in May of this year in Frontiers in Marine Science. Emma and her co-authors found that their results supported the idea that manganese nodules in the CCZ have distinct archaeal communities in comparison to surrounding areas, suggesting that the removal of these nodules for mining could cause alterations in the food web. The paper also made recommendations for how to effectively monitor the area moving forward.

Emma’s work at the Bio Station is complete. As she applies for her next job, she feels drawn back to coastal regions — she’s lived on both coasts, so water is her “happy place.” Ideally, she’ll be able to focus on carbon cycling in water column bacteria, as well as ecosystem controls on metabolic rates.

And regardless of where she ends up, she won’t forget her experiences through the Bio Station, particularly that month sampling in the CCZ.

“You see pictures and textbooks of deep-sea sea cucumbers,”  Emma said. “Actually seeing them being brought up by your collaborators is the kind of experience you dream about as a marine scientist.”