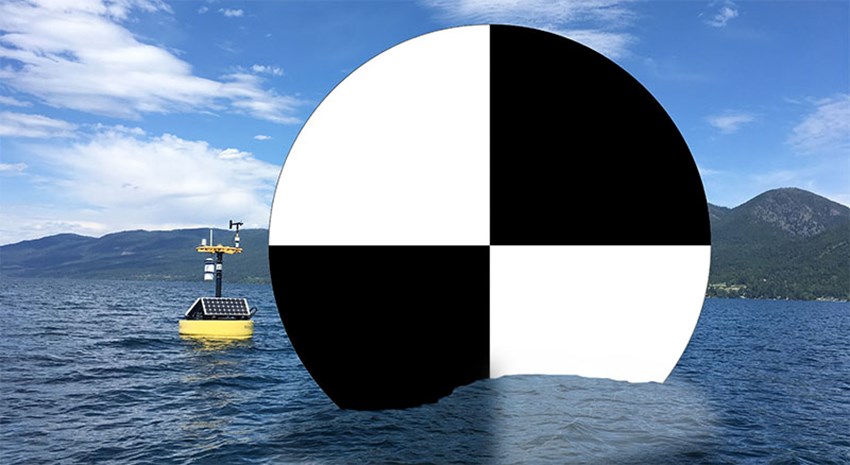 This inaugural Dip-In will serve as a launching point for a new Citizen Science outreach effort by the Flathead Lakers and FLBS. It's named after the Secchi disk—a flat, horizontal disk usually 8-inches in diameter with a surface that is divided into alternating black and white quadrants. Volunteers make measurements with the disk by dropping it in the water and marking the depth at which it ceases to be visible from the surface. It was first used over 150 years ago by the Jesuit priest, Pietro Angelo Secchi, and remains one of the simplest and most cost-effective ways to measure water clarity.

"The Secchi Dip-In has been going for about twenty years," said Shawn Devlin, FLBS Assistant Research Professor and one of the driving forces behind bringing the Dip-In to Flathead Lake. "They're at the point where they're starting to collect some really good data about how imperiled water bodies are across North America."

A water body is considered imperiled when its water clarity starts to decrease and has a negative impact on its ecology. Water transparency plays a crucial role in the delicate balance of a freshwater ecosystem. Many organisms rely on sunlight for nourishment and oxygen produced by plants, and the amount of sunlight that reaches these organisms depends on the clarity of the water.

When water becomes cloudy, or turbid, it can block the sunlight from reaching these organisms, causing a reduction in oxygen for fish and other aquatic life. Additionally, sediment and other particles in the water absorb heat from sunlight, which warms the water and decreases oxygen levels even further. On the other hand, some turbidity is essential. For example, tiny aquatic creatures like phytoplankton drift in the water, making it appear cloudy, but are vital for the food web.

Though the water clarity in Flathead is very high, it can be affected by changes in nutrient levels, biological activity, and the temperature structure of the lake. Gathering clarity measurements allows researchers to determine overall health trends of the lake, and better assess what can be done to improve them. Current national trends indicate that water clarity is declining.

However, there are a few places in the country where clarity trends either appear to be holding steady or improving. Flathead Lake appears to be one of them. This is great, but more data would be helpful.

"The monitoring program at the Bio Station has gone out and measured the same few spots over a long period of time," said Devlin. "But in terms of collecting data from all areas of the lake, and getting an idea of how things might be changing in different parts of the lake, we really don't have a great understanding or any good data to explain how that works."
Which is why FLBS and the Flathead Lakers are on the hunt for Citizen Science volunteers to help collect measurements and support this much-needed research on Flathead Lake.

Those interested in participating in this year's Dip-In can do so in one of two ways:

After registering, volunteers will go through an easy training program held by Devlin at FLBS. They will receive more information about the program and its importance, learn how to take Secchi Disk measurements and water samples (for those participating in the water sampling portion). The training will end a question-and-answer session.

"The training will be short and sweet," said Devlin. "We just want to make sure we're all on the same page. Additionally, as the testing dates approach, we will send out emails to those who signed up that will provide online resources that we believe will be helpful to the volunteers."
Participation does require a donation – $40 for Water Clarity Only participants (covers the cost of the disk) and $100 for those wanting to take part in Water Clarity and Testing (covers the cost of the disk and laboratory work). Donations are managed by the Flathead Lakers, a non-profit corporation of Flathead Lake residents dedicated to the preservation of Flathead and a close partner of FLBS since the late-1960s.
There are no additional costs to taking multiple Secchi measurements, and those who pay for a disk this year can use the same disk during next year's Dip-In without having to donate again. 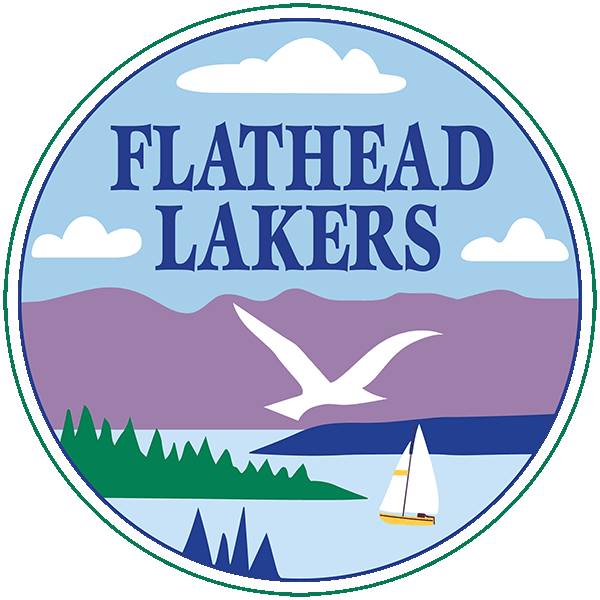 According to Devlin, areas around the lake that are most in need of measurements include Polson Bay, Skidoo Bay, the North Shore area, and Lakeside. The total number of measurements taken during the Dip-In is up to each individual participant, as long as they are taken during the designated dates and times. Devlin said that GPS coordinates are also needed, as researchers need to know exactly where each measurement was taken.

Devlin said that he and the Flathead Lakers are currently open to engaging potential business partners to help support future Secchi Dip-In and Citizen Science Initiatives.

"The idea is to have this grow into a bigger movement," said Devlin. "I'm hoping this will be a part of a broad and ongoing Citizen Science Initiative that will continue to gain momentum. The ultimate goal is to show the rest of the country that Flathead is a place where citizens care about their lake."

For more information and to find out how to register, please visit the Flathead Lakers website. Those interested in sponsoring future Dip-In or Citizen Science projects may contact Shawn Devlin at shawn.devlin@umontana.edu.

Sponsored by the North American Lake Management Society, the Dip-In began in 1994 with six Midwest states. Since then, it has expanded to include more than 400 programs and 9,000 volunteers in the U.S. and Canada.