This is what your beaches could look like if invaded…

Zebra and quagga mussels (Dreissena polymorpha and D. rostriformis) are two of the world’s most problematic biological invaders (Figure 1a).  They are colonizing and devastating lakes and rivers across North America. They recently invaded Montana and might soon invade the Columbia River drainage. The Independent Economic Analysis Board has calculated the economic risk of a mussel invasion in the Columbia River drainage to cost the region tens of millions of dollars annually (IEAB 2013). Moreover, it would threaten the health of native fish populations, in which billions of dollars have already been invested (IEAB 2013). These invasive mussels can clog water intakes and damage equipment by attaching to boat motors and hard surfaces. They can collapse fisheries, smother native species including mussels and crayfish (Figure 1 b,c), and litter beaches with their sharp shells that cut the feet of children and pets. Adult zebra mussels can survive out of water for days, attached to boat hulls or fishing equipment and thus can be spread easily and widely among lakes and regions (Minnesota DNR). Larval mussels can survive for days in water left in boat bilges or motors or equipment. 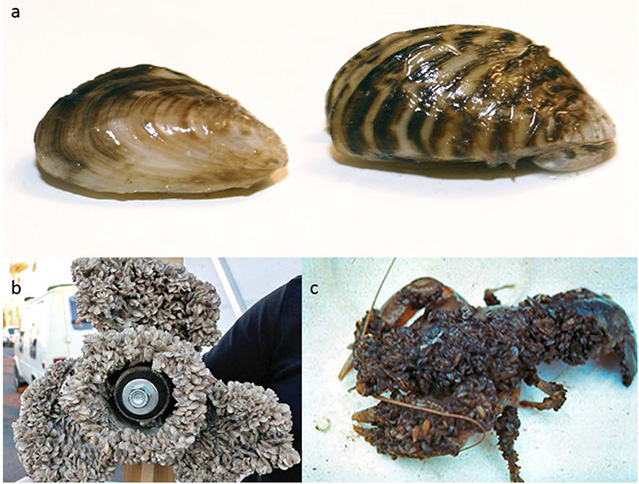 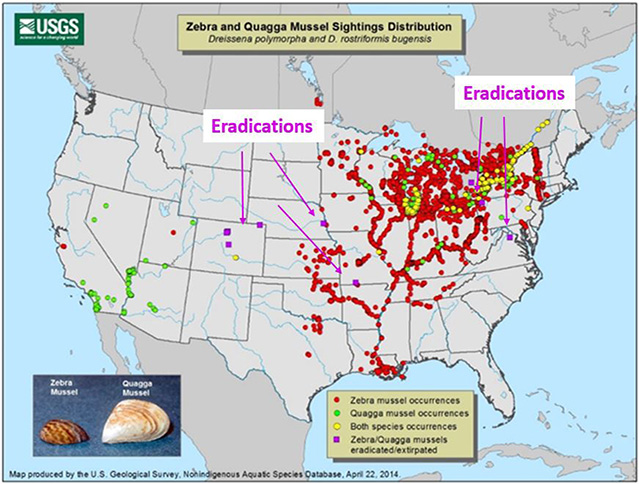 Figure 2. Locations of zebra and quagga mussel occurrences (red and green, respectively), and occurrences of both species (yellow). The arrows and nine purple squares are some of locations where eradication was successful (USGS 2014).

Our DNA-based PCR tests provide sensitive and rapid identification from water samples; this is crucial for the early detection and containment to help prevent their spread.  Success of control strategies (e.g., quarantine, removal, or decontamination of boats and docks; or killing mussels with chemicals) is improved by early detection (Hosler 2011; Sepulveda et al. 2012) and eradication is more likely possible if invaders are discovered before the population becomes well established (Figure 2).

Early detection is increasingly feasible thanks to recent advances in genetic technologies using environmental DNA (eDNA). Water samples contain eDNA that can be extracted from the sample and used for the detection of tiny organisms (larvae) or cells sloughed from a target species via PCR testing (Beja-Pereira et al. 2009; Blanchet 2012). Surprisingly, relatively little research has been published on the sensitivity and reliability of genetic methods for detection of Dreissenid mussels (but see Gingera et al. 2016).  We have developed and are refining field sampling protocols and DNA tests for the early-detection of Dreissena taxa from plankton tow samples from multiple lakes and streams in Montana and the Pacific North West.

We have developed and validated a large volume water sampling protocol for lakes and streams (Figure 3) (Shabacker et al. in prep). We also have new equipment for collecting eDNA from large volumes of water autonomously, i.e. automatically (and repeatedly) without a human present (Figure 4). 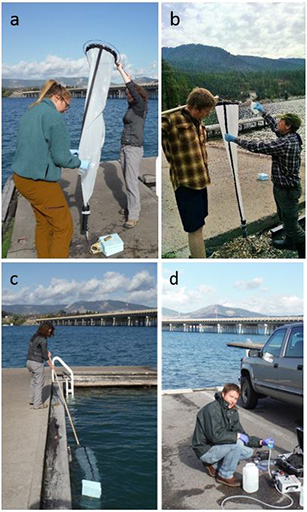 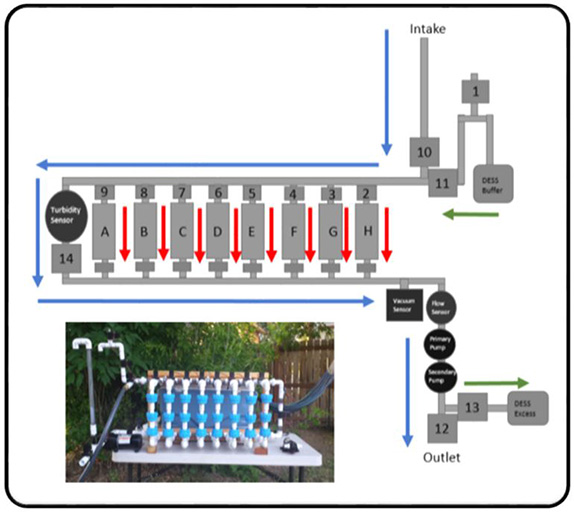