Eurasian milfoil is an aquatic invader introduced to North America in the 1940s that has the power to dominate bays to the extent that it is almost impossible to swim, fish, or a drive a boat through entire waterbodies (Figure 1, Figure 2). Swimmers have drowned due to the thick dense matting of EWM (Kootenai County Noxious Weed Control). In the United States, millions of dollars have been spent on individual lakes trying to contain EWM blooms in order to maintain access to boat launches and docks. Some property values have decreased up to 13% due to this aquatic invader’s presence (Horsch and Lewis 2008) and millions of dollars have been spent at national level in effort to control EWM populations (USGS).

Figure 1. (a) Comparison of the native northern milfoil (left) to the invasive Eurasian milfoil (right) (USGS). (b) Eurasian milfoil individual plant and cross section of its leaves (Vermont Department of Environmental Conservation). 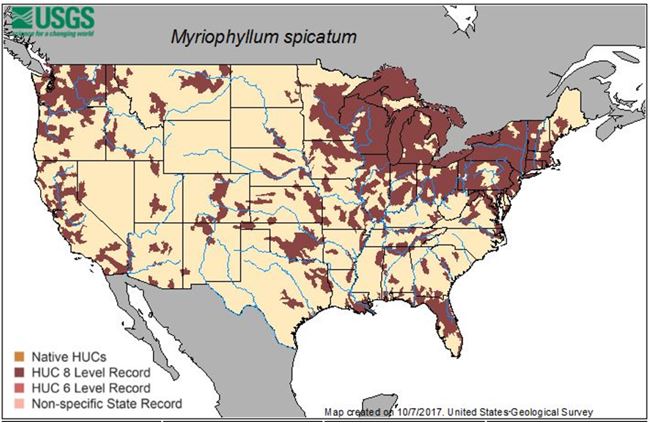 Ecologically, the presence of EWM has a devastating toll. It grows and spreads rapidly across the surface of a lake, reducing the amount of light reaching into the waterbody and killing off native species (Smith and Barko 1990) (Figure 3). When EWM is present in large abundance over other native plant species, the aquatic invertebrates and organisms that rely on native plants as a source of food and shelter disappear. The dense masses of EWM eventually decay in the waterbodies they inhabit causing degraded water quality and anoxic water conditions that are harmful for fish populations (USGS). Once EWM becomes established, it is extremely difficult to eliminate from a waterbody; thus, early detection and rapid response is critical to preventing the spread of this aquatic invader (Sea Grant Michigan). 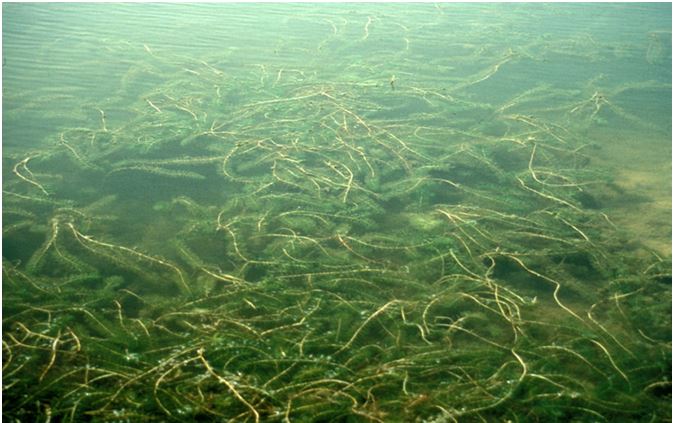 We are in collaboration with several agencies to test large volume eDNA samples across many high-traffic waterbodies in Western Montana including Swan, Holland, Van, Lindbergh, Whitefish, Blanchard, and Beaver Lakes (Figure 3). eDNA testing for Eurasian milfoil is crucial for early detection and eradication. We have a species-specific PCR assay that detects Eurasian milfoil. We also use a second PCR assay that detects native northern watermilfoil and acts as a positive control (Figure 4). Detection of the native watermilfoil indicates that effective sampling, preservation, and PCR amplification occurred, suggesting that the invasive species would have likely been detected had it been present. 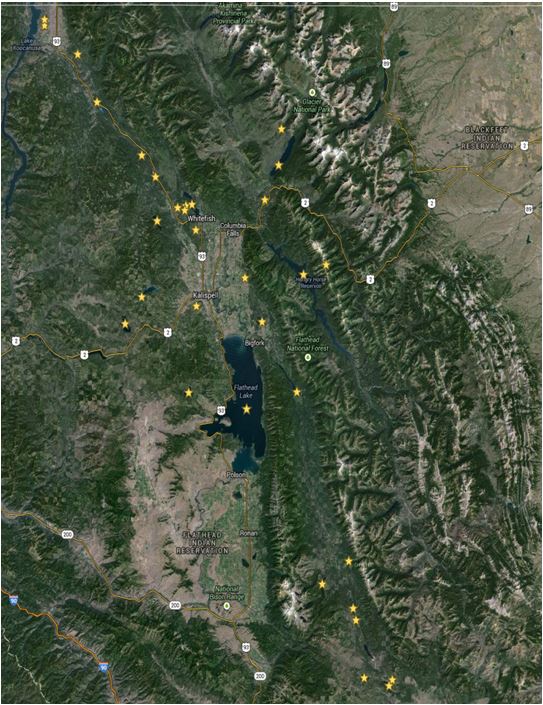 Figure 4. Sampling locations of Eurasian milfoil in Flathead Lake and surrounding lakes in Montana. At some locations multiple samples are taken annually in both summer and fall (e.g. 10 locations in Flathead Lake) when enough funding exists for the testing. 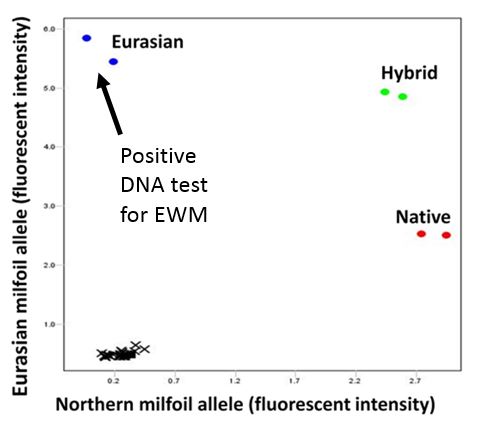