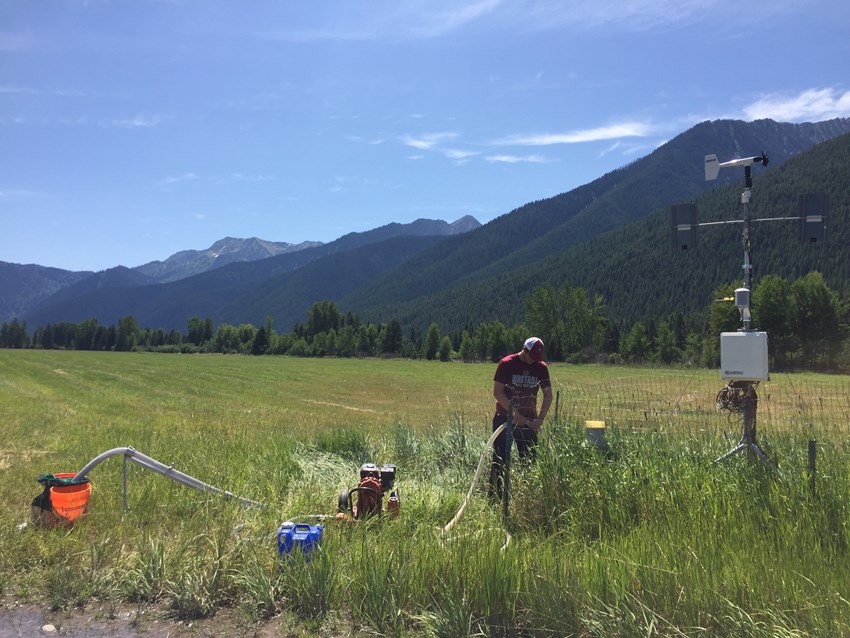 In a new study published in the scientific journal Ecology, researchers from the University of Montana’s Flathead Lake Biological Station may have unlocked a mystery surrounding unique species of aquatic insects in the Flathead watershed.

“There’s a surprising adaptation of stoneflies in alluvial aquifers that is allowing them to use low oxygen or oxygen-free environments,” said Flathead Lake Biological Station (FLBS) researcher Rachel Malison, who served as lead author on the study. “These aquifers are hotspots of biodiversity, and this study highlights the vital role gravel-bed river floodplains play on the landscape.”

River floodplains are among the most biodiverse landscapes on earth. They provide important habitat for aquatic and terrestrial organisms and their aquifers (i.e., shallow groundwater beneath and adjacent to the river) are key components of complex ecosystems worldwide. The Nyack floodplain of the Middle Fork Flathead River outside Glacier National Park, for instance, sustains everything from microbes to grizzly bears and is home to over half of the 100-plus species of stoneflies known in the state of Montana. 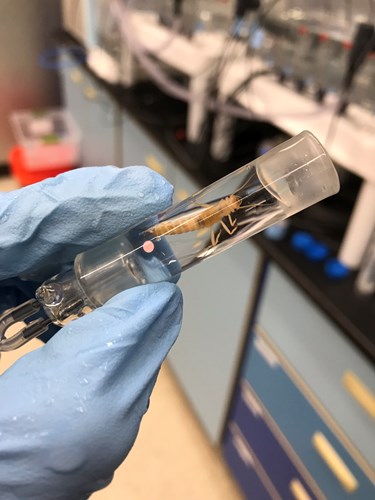 The aquifer stoneflies found in the Nyack floodplain spend most of their lives, which typically run one to two years, in the nymph stage in subterranean aquifers.

But there’s a unique mystery at work within these river floodplains. Out of sight and under the surface, alluvial aquifers are comprised of unconsolidated materials, and offer limited sources of carbon for sustaining organisms and food webs. Alluvial aquifers can also contain extreme environmental conditions and an abundance of methane gas, which is typically produced in freshwater ecosystems within anoxic (zero oxygen) or hypoxic (significantly low oxygen) environments.

To this point, most stoneflies are thought to require highly oxygenated water environments to survive. But in the alluvial aquifer of the Nyack floodplain, there exist large populations of subterranean stoneflies that can be found in low oxygen environments and they have significant portions of their biomass carbon derived from methane. The question of how these stoneflies could survive and possibly access food in such an inhospitable, low oxygen environment, is a question that Malison and her team of researchers set out to address.

“It was in the early-1990s that [FLBS researcher] Bonnie Ellis first discovered that a species of stonefly in the Nyack floodplain had the ability to survive anoxia exposure, and it’s been a mystery ever since,” said Malison. “No other stoneflies have this adaptation, so we wanted to investigate to better understand how large populations of stoneflies might be supported in aquifer food webs.”

Through the course of their study, Malison and her fellow researchers tested the anoxic and hypoxic responses of nearly 2500 stonefly individuals in three alluvial aquifer species and nine river species. Compared to their surface-dwelling relatives, the aquifer stoneflies performed better in low-oxygen and oxygen-free conditions, surviving an average of three times longer than their above-ground counterparts.

Additionally, the aquifer stoneflies were still able to keep moving and crawling when exposed to 76 hours without oxygen, which has important implications for how these species may be able to access different food resources in the aquifer.

Delving into the DNA of the stoneflies, the researchers showed that the aquifer stoneflies have gene sequences for hemocyanin, an oxygen transport respiratory protein, which could represent a possible mechanism for the stoneflies’ ability to survive at low oxygen levels. 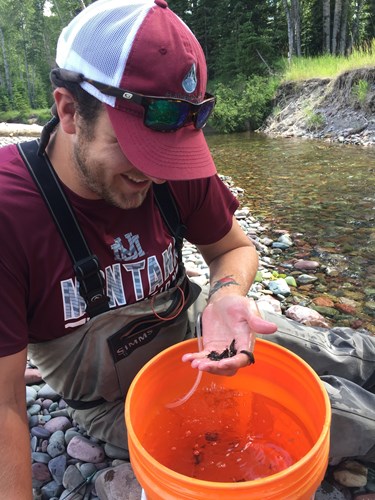 The results of the study show that subterranean stoneflies are likely able to exploit rich carbon resources in anoxic zones, which may explain their extraordinarily high abundance in gravel-bed floodplain aquifers. Additionally, their remarkable ability to perform well in low oxygen and oxygen-free conditions is unique within the entire order of stoneflies.

It’s a discovery that suggests unconventional and surprising methane subsidies likely support a crucial component of biodiversity and productivity in floodplains all over the world.

“These findings begin to help us understand how vulnerable different stoneflies might be to climate change,” Malison said. “As waters warm they contain less oxygen, potentially causing stress and negatively influencing populations of the more sensitive species.”

This study was made possible thanks to funding from the National Science Foundation. In addition to Malison, other researchers on the study included current FLBS researchers Amanda DelVecchia, Brian Hand and Gordon Luikart; FLBS researchers emerita Jack Stanford and Bonnie Ellis; University of Montana researcher Arthur Woods; and Ehime University (Japan) researchers Maribet Gamboa and Kozo Watanabe, as well as past FLBS intern Hailey Jacobson. The complete study can be found in the science journal Ecology at https://esajournals.onlinelibrary.wiley.com/doi/10.1002/ecy.3127.