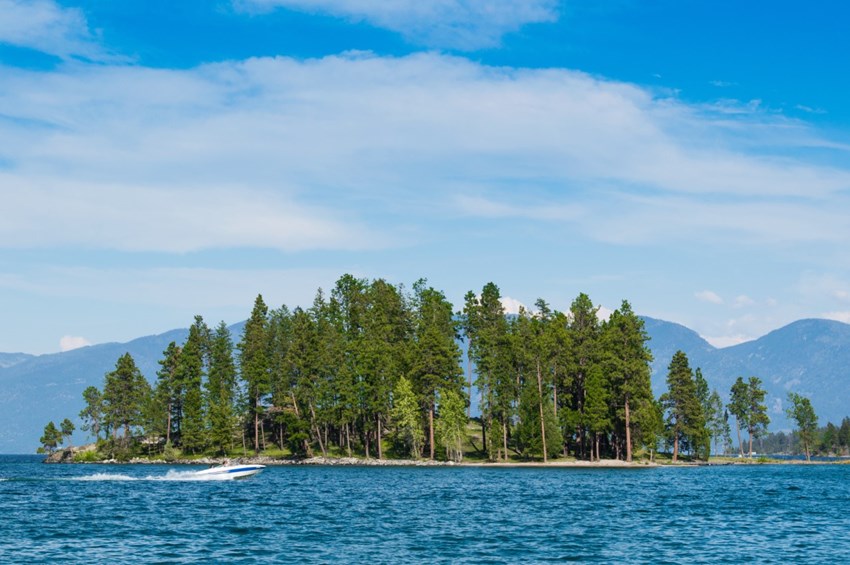 They’re in our oceans and rivers. They’re in the food we eat and the water we drink. They’ve even been detected inside the human body. They’re called microplastics—particles of plastic so small they can’t be seen by the naked eye. While researchers have known for years that these microplastics exist in Flathead Lake, the concentrations and origins of the microplastic pollution have remained a mystery.

Now, thanks to a study conducted at the University of Montana’s Flathead Lake Biological Station (FLBS), scientists have a greater understanding of the amount of microplastics polluting Flathead Lake, the likely sources of these microplastics, and what can be done to prevent more from finding their way into the lake’s world-renowned pristine water.

Recently published in the scientific journal Environmental Pollution, this microplastics study was led by FLBS visiting researcher Dr. Xiong Xiong from the Chinese Academy of Science’s Institute of Hydrobiology.  Xiong came to FLBS in 2018 on a mission to learn more about microplastics in freshwater lakes in relatively unpopulated regions and to help provide insight to aid in their management.

“It looks quite clean, but if this clean lake is suffering from plastics I want to check that,” Xiong said at the start of his study four years ago. “I think people think [plastic pollution] is more serious in the ocean, but many people live inland, and we need the freshwater. It may affect our daily life more directly than the plastic in the ocean.”

To conduct this study, Xiong joined FLBS Director Jim Elser and a team of FLBS scientists to sample surface waters at twelve different locations around Flathead Lake over a one-year period. They then examined the samples for the occurrence, distribution, and types of microplastics.

In other words, Flathead Lake is now home to microplastics and new microplastic particles are arriving every day.

“Microplastics in lakes can interfere with food webs because animals like zooplankton and fish can ingest them,” said Elser. “They can carry toxins into the animal, displace real foods, and physically damage digestive tissues.”

The other two other ways in which microplastics can enter Flathead Lake are through the lake’s major river inputs, which includes the Flathead River on the north end of the lake; and from lakeside sources near larger shoreline communities, such as Polson, Bigfork, and Lakeside. 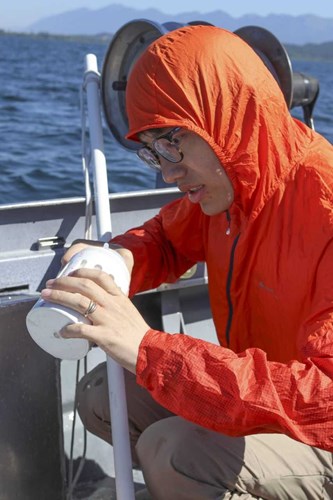 At the mouth of the Flathead River, the biggest source of microplastics is most likely from plastic waste disposal, which in Flathead County is primarily landfill rather than recycling. Although landfills located in the Flathead Watershed are not open-pit, microplastics are mobilized via leachate (water that picks up contaminants) and via the soil of the landfill when winds carry away dust.

Meanwhile, in the more highly populated shoreline areas of the lake, researchers found that concentrations of microplastics were especially high. In addition to plastic packaging, many of today’s clothes are made from fibrous plastics. These synthetic fabrics break apart on a microscopic level during washing, and are then transported and deposited into our waters through home septic drain fields and community water treatment plants.

In addition to domestic sources, plastic waste from other human activities is also worthy of attention. A variety of water activities, such as kayaking, sailing, speedboating, water skiing, and fishing are important outdoor pursuits in the Flathead Watershed. But all of these activities involve plastic boats, ropes, floats, and fishing line that can degrade and be transformed into microplastics over time.

Though the levels of microplastics in Flathead Lake are relatively low, they are concerning. However, researchers are quick to point out that much can be done to reduce their presence in Montana’s waters.

“While we need to know more about microplastic impacts in our lakes, we know enough to act to reduce plastic inputs now,” Elser said. “Each of us can reduce our use of plastics, properly dispose of them, and implement impactful approaches such as laundry filters. We can also encourage businesses to do the same and for governments to provide facilities and systems to better handle plastics in our watershed.”

Fibrous microplastics can be reduced by improving laundry practices and wastewater treatment, or by reducing the use of synthetic fiber material in favor of natural fiber clothing and materials. As an example, a recent study in California found that the adoption of in-line filters in washing machines had the potential to decrease annual synthetic microfiber emissions to natural environments by nearly 80%. 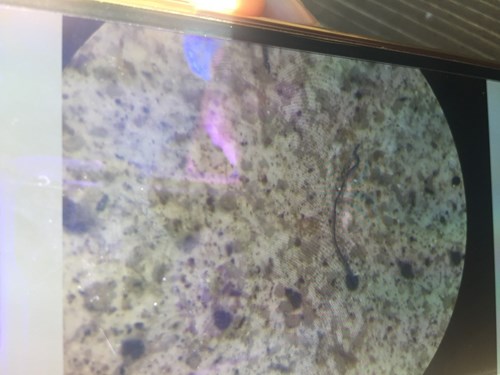 Further strengthening disposal measures of plastic waste by both residents and visitors could also greatly help reduce microplastic contamination in Flathead Lake. Such measures include better education about the harms of improper plastic disposal, enhancing plastic waste recycling in the region, and reducing the overall use of plastic products, such as single-use plastics common in the food service industry.

When it comes to reducing atmospheric microplastic deposition, researchers say extensive solutions are needed. The total production of plastic waste in the United States is 42 million tons per year, which is much higher than in other countries per capita. This suggests that, even in an area of relatively low population, Flathead Lake will remain at risk from microplastics arriving by air until nationwide measures can be taken.

Xiong and his team of researchers say that more studies are needed to better understand and address our microplastic problem, not only in the Flathead Watershed but also throughout the world. The good news is that, because human activities are indisputably the only source of microplastics, this is a problem that we have the power to solve.

For the complete study, visit the Environmental Pollution website.