A Life Line for Trout Fishing 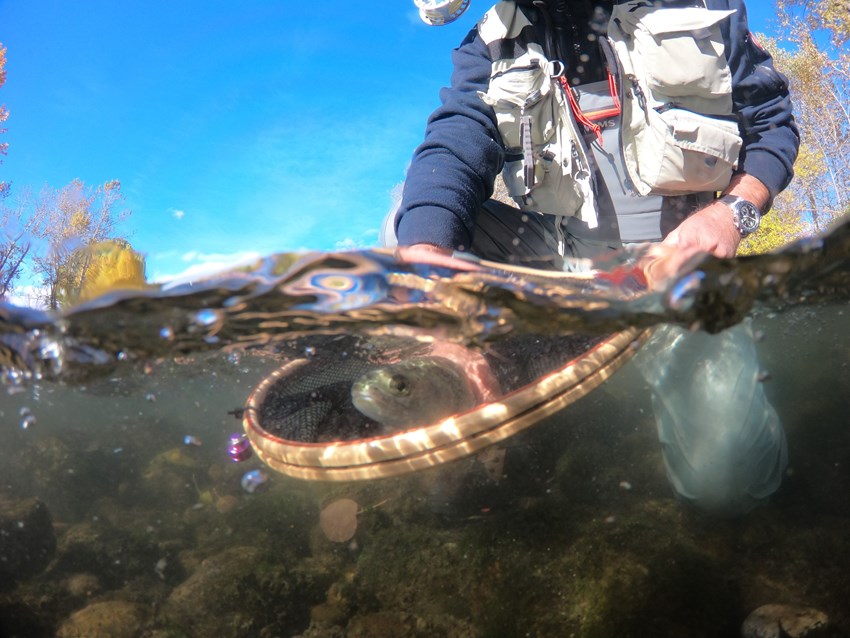 Deep Dive into FLBS: A Life Line for Trout Fishing

There’s something I need to admit. There’s just no denying it any longer. The evidence is simply too significant to ignore: In two days, despite all my best efforts to prevent it from happening, I will officially turn forty years old.

It isn’t the year count that’s getting to me. Age is but a number, after all. With the right mindset (and a little luck), one can certainly enjoy their finest achievements and experiences throughout the second and third acts of life. The problem is that the closer I get to forty, the more my body refuses to respond to adversity.

Now, this is the same body that used to plow through the dense undergrowth of the backcountry when fishing with my grandpa, that efficiently processed a record-breaking thirty-seven tacos during an All You Can Eat contest in the spring of ’99, and that landed with grace and dignity after falling from a stage while dancing to the YMCA at the Sentinel High School Fireside Formal. How is it that I can now no longer endure a sneeze without dislodging something vital, or consume a single potato chip without my second chin swelling to twice its original size?

Resilience is an easy thing to take for granted. Why should we worry ourselves with something that, by definition, is supposed to carry on and overcome, no matter the challenge in its path? But even resilience has a lifespan, and too often that lifespan is only appreciated when we realize it’s about to run out.

Take Montana’s trout fishing and the associated economic benefits, for instance. Recently, U.S. Geological Survey (USGS) and FLBS aquatic ecologist Clint Muhlfeld and FLBS research scientist Diane Whited joined a team of researchers from the USGS and Montana Fish, Wildlife & Parks to study how climate change has affected trout fisheries across 3,100 miles of Montana’s rivers from 1983 (which is just about the year I was born) to 2017.

Published in the scientific journal Science Advances, the study first showed that over the past several decades the trout fishing industry in Montana remained resilient in the face of climate extremes. While severe droughts, reduced streamflows, and increased water temperatures created stressful conditions for trout and caused numerous fishing closures in Montana, anglers were still able to find favorable fishing in cooler locations that continued to be favorable to trout during extreme conditions.

This allowed both local and out-of-state anglers to keep fishing for trout and keep that revenue in Montana, rather than choosing to travel and fish elsewhere. In fact, the concentration of anglers fishing in Montana doubled during the study period. Cold water sections of rivers, where trout are dominant, had ten times the number of anglers than warmer water sections, and most of those anglers were visitors from out of state.

These findings demonstrate that trout fishing has continued to be a significant draw and economic contributor to Montana. Despite the rising water temperatures and increasing drought conditions, trout fishing in Montana remained remarkably resilient.

But remember—there’s a lifespan on resilience, and Montana’s trout fishing economy is no exception. A second major finding of the study is that 35% of Montana’s cold water habitats may no longer be suitable for trout by 2080. This loss of ecological resilience and cold water habitats could have major economic impacts, to the tune of nearly $200 million per year in lost revenue.

Additionally, the study revealed a number of complex and challenging dilemmas for freshwater fisheries management as species and fishing opportunities continue to shift under climate change. Anglers will eventually need to travel farther in pursuit of specific species, or fish in different habitats (such as protected areas or colder headwater streams that trout depend on for refuge during the hottest summer months), which may increase their personal costs.

In the face of uncertain but inevitable environmental and social change, researchers emphasize that more work is needed to better understand the adaptive potential of biological communities, fishers, institutions, and economies of Montana’s fisheries. Maintaining a diverse portfolio of adaptive fishing opportunities across broad spatial scales, they say, can reinvigorate the resilience of our fisheries and help mitigate the potentially severe socioeconomic impacts of climate change on trout fishing economies and the well-being and livelihoods they support.

Whether we’re talking about the resilience of the aging human body or the long-term health of Montana’s world renowned fishing industry, the key to longevity requires paying attention, being proactive, and making responsible and sometimes difficult decisions that value future benefits more than immediate gratification. It means taking responsibility for the past, and accepting ownership of our future.

During my first forty years, all too often what I wanted to do took priority over what I should have been doing. It’s time for that way of thinking to come to an end. So long, potato chips and lazy Sundays on the couch. Hello, antioxidant smoothies and preemptive stretching exercises starting at 4am. At this point, it really doesn’t matter how I got here. What matters is what I do with the time I have left.

These days, one of the most wonderful things I can envision is the day when I can grab those rods and reels and once again plow through the dense undergrowth of the backcountry with my own grandchildren in tow. Whatever it takes to get there. No matter what entitlement, or comfort, or sense of tradition that I need to give up.

To be immersed in the serene soundtrack of the Montana’s waters, to see the look of excitement and wonder on their faces the first time the whir of the reel comes alive and they feel that sudden burst of tension on the line…I can’t imagine a better way to spend every day than intentionally, proactively, and responsibly building toward such an amazing and priceless achievement as that for the remainder of my time in this Last, Best Place.